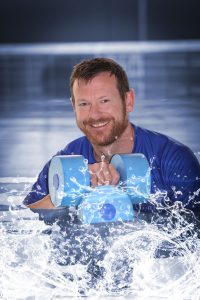 Matt decided to move across to physiotherapy after kick-starting his career in the Fitness industry and getting his Exercise Science degree from the University of Wollongong. Matt grew up with his main focus being basketball, however his curiosity had him trying other sports like AFL, Rugby League and even a season of Gaelic Football (unsuccessfully). Later in life he got the running bug, and that has taken him to several half marathons and a couple of marathons (including the New York Marathon). Now he spends most of his free time with his wife and 2 young kids, he still has aspirations of doing more marathons in the future.

From both his personal and professional experience Matt understands the importance of using hydrotherapy for rehab, pre-hab and recovery. Matt specialises in promoting health and wellness to ensure his clients perform to their full potential.

Feel free to drop us an email or simply fill out the form below and we’ll get back to you.

Entitled Department of Veterans’ Affairs (DVA) clients may be referred for clinically necessary Exercise Physiology treatment by their General Practitioner on a valid D904 referral form.